As with my books, there is a depth of meaning in many of my paintings.

When I first started painting, it became a valuable source of expression and healing from Post Traumatic Stress associated with abuse in a care facility. My early paintings therefore were very indicative of my inner turmoil, fear and pain.

My first painting on canvas at the ‘Onsite’ workshop were entitled ‘State of Being’ (below) and represents my transition through the different stages of my abuse experience.

My second painting from the workshop featured the ‘safety ball’ which appears in many of my earlier paintings and was inspired by the question: ‘What makes you feel safe?’

There were 11 paintings in the Safety Ball series. These represent my journey “from fear to freedom”, with many of the later paintings done in brighter colours to show my freedom from oppression and the joy I now feel inside. “for many, safety is not a part of their lives as they live in the hands of men without mercy or love.”

explanation of “State of Being” (right):

The white face and dark clothing on the left is me all screwed up and unhappy when those men were abusing me. It was really bad.

The small face underneath is the little boy inside crying out for help and not being able to get any when I was going through all those hard times.

The Yellow Face in the middle is me when I first came home and things started to get better.

The Third Face on the right is me now with all my wonderful workers and mum and dad and all the terrific things that I am doing now.  That is my heart now – so happy.

“The Black Flower and The Music” (right) was the second painting I did at the “ONSITE” workshop. I would describe this painting as showing “the inside of a man under such stress it was difficult to describe”.

This painting shows the containment of my emotions and the feeling of safety wrapped in a ball. There were vines that grew up making a wall around the Safety Ball.

The safety ball is depicted by the flower in this picture. The green is the plant and it has got my face in it.  The face has the safety ball over the top and it is not allowed to get any bigger because the vines are stopping it from growing.

The vines represent two of the men who abused me. There is red in the background because I am angry.  I can hear the music, which is outside calling me to get free, but I could not get past the vines and they kept the safety ball small and stopped it from growing. It is also golden on the outside because that is what it is meant to look like under normal circumstances.  But the heart of the safety ball is black because the vines are stopping it from being golden. The vines look golden too, but their hearts are dark and their gold is different to mine. They stole my gold and put it over their dark hearts and it stopped people recognising that they were really dark on the inside.

Before I ‘discovered’ Cheryl, I had several art teachers who helped and encouraged me with my art and illustrating my books. Nathalie Bastier helped me with the layout and preparation of the illustrations for my first three books. Later, Nici Wright organised my first exhibition (at home) in 2005 and another at the Maroochydore Library in 2008. She also assisted me with my illustrations for the Josh the Robot series.

During this period, I was also going through a process of recovery and healing from PTSD after abuse in a care facility. This was reflected in my art, which became an important outlet and form of expression for me. “Painting… gives me the relief I sometimes need after a particularly bad day or night if my nightmares return. Then I get the colours out and draw the picture in my head and it helps to clear it away again.”

Faces featured strongly in my earlier works but these diminished as I and my art progressed, and the dark and angry colours were replaced with the bright, vibrant colours that are now so characteristic of my increasingly popular work.

Since mid-2011 I was working with my new art teacher, Cheryl Nonmus, who introduced me to various new media. I especially loved doing sculptures and working with clay and found I had a natural flair with pastels.

As a result my more recent artworks are quite ecclectic, but still colourful.

As 2013 began, I continued to work with Cheryl on my rapidly expanding collection of works. While still favouring the abstract style with my painting, a strong musical theme began to emerge through the year, incorporating guitars and other musical instruments into many of my new creations.

An invitation to hold my first solo exhibition at the Cooroy Butter Factory Arts Centre in November 2013 took my art in an even more exciting direction with a deeper exploration of mixed media and the challenge of painting on recycled doors, developed new material for the exhibition. 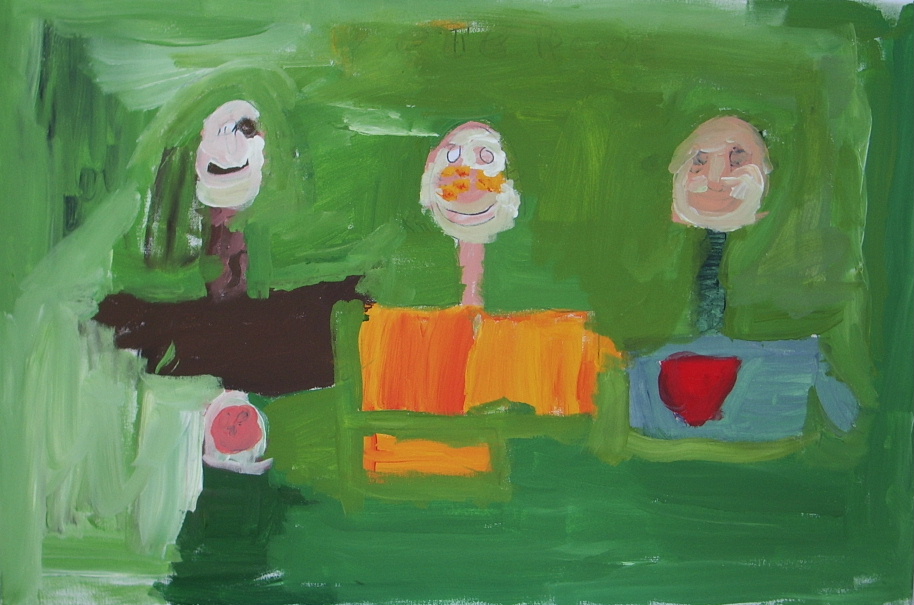 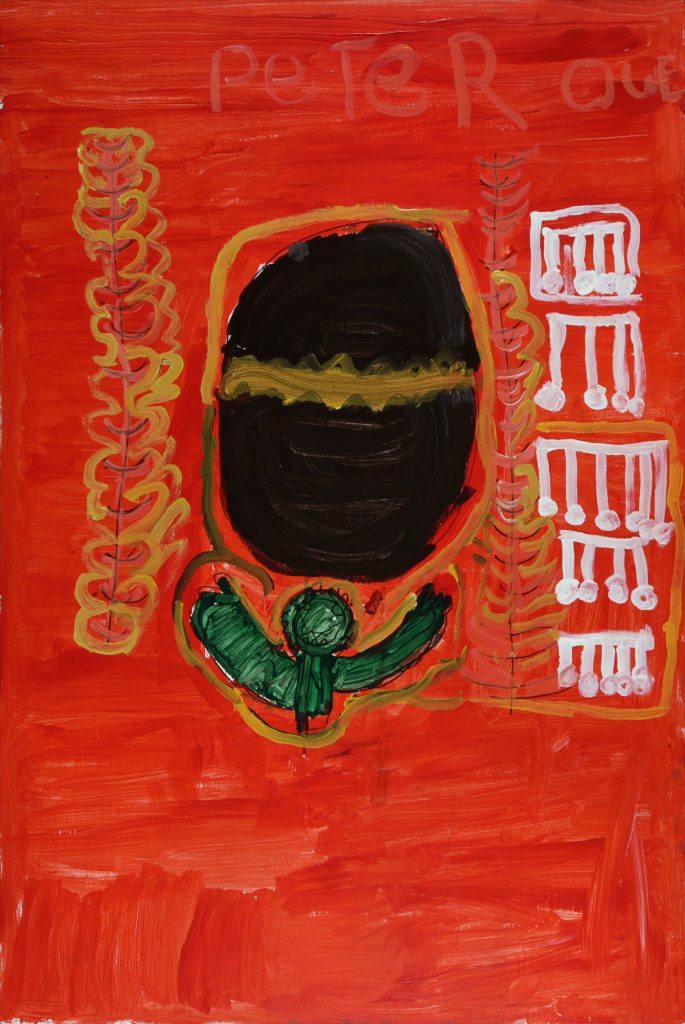 "The Black Flower and The Music" 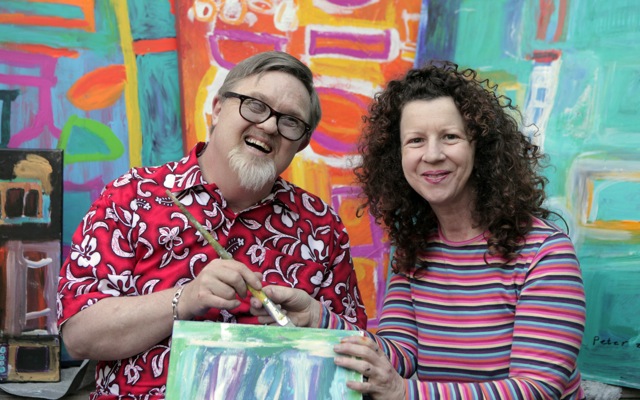 ‘Josh the Robot’ now avaliable as an eBook!

I’m very excited to share you can now buy and download your very own copy of ‘Josh the Robot’ from: