Art From The Margins-Doco Exhibition Launch 2013

Can art help overcome adversity? How does creative expression contribute to individual well-being and social engagement? And can creative activity make any positive difference in overcoming the challenges of mental illness, homelessness, physical or intellectual disability or life trauma?

These were some of the questions addressed by Art From The Margins (AFTM) in 2012 when they commissioned a project to explore the connection between art and well-being. For almost 12 months photographer Glenn Hunt and film makers Daniel Graetz, Benjamin Evans and Jaymis Loveday (from graetzmedia) met with AFTM artists, documenting their stories in images and words.

On May 10, 2013 I was honoured to be a guest speaker at the launch of Art From The Margins’ documentary and photographic exhibition entitled Portraits of Hope, Recovery, Courage and Renewal.

Held at Bleeding Heart Gallery in Brisbane, the exhibition was officially opened by AFTM patron, the Hon. Paul de Jersey AC Chief Justice of Queensland and ran from May 9–16. MC for the evening was Walkley Award winning ABC journalist Antony Funnell, with a live performance by the Transformers Choir.

The key goal of the project was to document the positive impact and benefits that arts-based creative activities have on the health, well-being, independence and social engagement of people facing the challenges of disadvantage, disenfranchisement and social isolation. The project contained four key components: a 25 minute documentary, an exhibition, a photo book, and digital media for use on the internet and other communication platforms.

I was one of six artists (along with Rachel Walles, Dwight Ricketts, John Doherty, James Purdy and Kerry Thirlwell) who were selected to feature in the documentary, including a refugee artist from Boystown. Each artist was an exhibitor at AFTM’s 2012 Brisbane Festival Exhibition.

The documentary, titled “Art>Adversity”, featured interviews and filming of the artists at work, and later featured on the ABC’s 7.30 Report program on 27th June 2013. You can also Watch the ABC program on YouTube.

Those six artists also featured with more AFTM artists in a photo book (below) of artist statements and portraits – a key part of the launch event. For the exhibition, each of the 14 portraits were matched with an original piece of artwork by the artist. 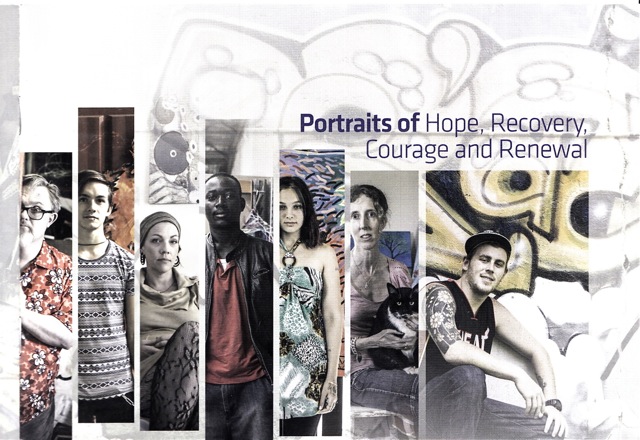 AFTM aims to present the documentary and photography at further public exhibitions, plus presentations to government and community service agencies, funding bodies, and to community, arts and cultural organisations. The documentary can already be viewed through Facebook and YouTube, with physical distribution of DVD copies to stakeholders and supporters.

Art From The Margins and Wesley Mission are grateful for the generous financial support of the Ian Potter Foundation, which enabled them to present the compelling stories, images and film of these extraordinary artists.

The Ian Potter Foundation is one of Australia’s major philanthropic foundations. Through its grants the Foundation seeks to encourage excellence, support Australia’s talent, and support charitable organisations that are working to benefit the community across a wide range of sectors: the Arts, Community Well-being, Education, Environment and Conservation, Health and Disability, Medical Research and science. 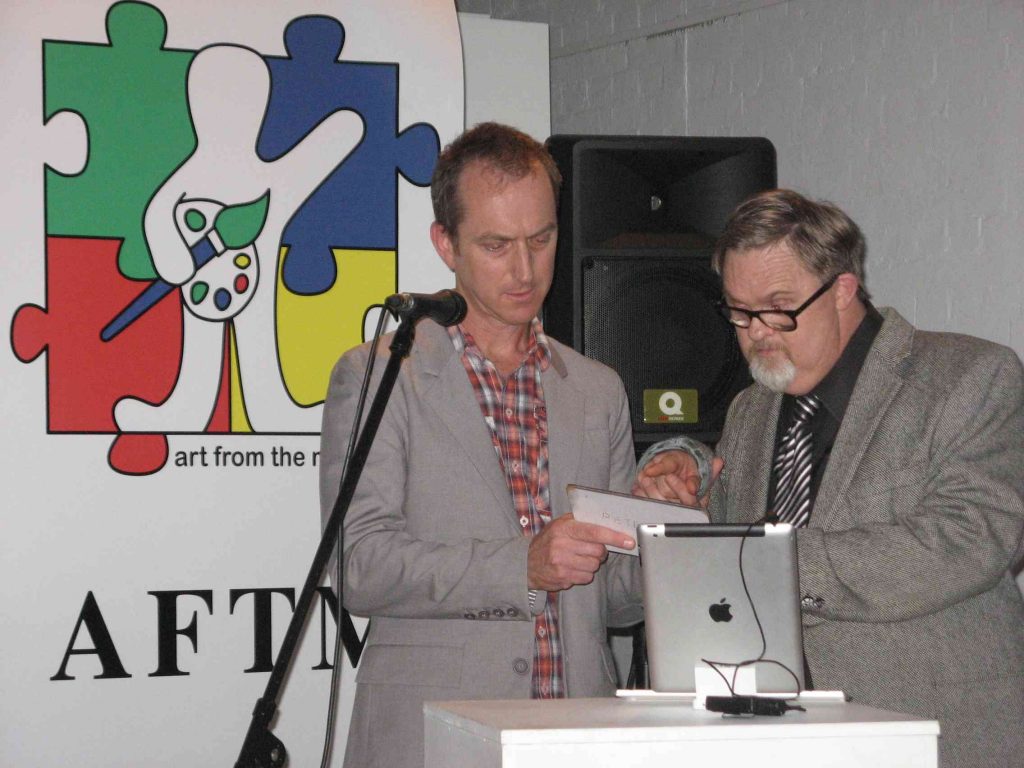 Peter speaking at the launch of the documentary.

Being filmed for the documentary.

‘Josh the Robot’ now avaliable as an eBook!

I’m very excited to share you can now buy and download your very own copy of ‘Josh the Robot’ from: