There is no greater disability in society, than the inability to see a person as more.
– Robert M. Hensel

Peter Rowe bounds up, smiling and cheery and thrusts his hand towards me to shake before cheekily stealing a hug, with a gleeful chuckle.

Tracey, his assistant, berates him jokingly, kindness and laughter in her voice before telling me, apologetically, that Peter likes a hug.

So far, so expected. Peter Rowe is exactly what society likes to tell us that Down syndrome looks like.

Peter was born in 1964 and spent the first 30 years of his life able to communicate only on a very restricted level. His family was told that he had very little understanding and comprehension. He was locked in a body and unable to share his thoughts, feelings or experiences. He was unable to ask for help.

Peter sits next to Tracey and pushes the Qwerty board towards her, with some impatience. Peter Rowe, clearly, is a man with something to say. We are joined by Peter’s mum, Betty, and, with the assistance of Tracey, who supports Peter’s hand and reads out the words he taps out, Peter begins to share his story.

Peter is eager to share how Facilitated Communication (FC) and Qwerty have changed his life.

You have no idea the sense of relief I felt when I was introduced to Qwerty and FC. I got to tell my mum, “I love you” and I was also able to share that I had been through some very bad experiences in the care I was in. My mum and I cried and cried. Some tears were happy and some were very sad.

Imagine those trusted and in positions of authority telling your family that you are stupid and have nothing to say.

Betty then explains how Peter was 30 before the opportunity arose for him to be introduced to FC through Disability Services in Queensland. Jane Remington-Gurney started to teach FC to DSQ workers in care facilities and Peter was assessed as a suitable candidate. Before then they had no idea – or hope – of Peter being able to communicate with them.

“After the first session Peter just sat on the bus on the way home and cried. I asked Jane why and she said that it was the relief. That it often happens,” Betty says.

Peter is a delightful mixture of wise and irreverent. He has a serious message to impart – but that doesn’t mean he is dull. Far from it.

Despite, or perhaps because of, spending so long without a way to communicate his thoughts, Peter is very in tune with silence. We chat briefly about my daughter, who is non-verbal and his advice is poignant:

There is so much to be said when you sit in the silence with another person and just be present and show respect and empathy. You hear their soul. You feel their story and then they feel heard.

Don’t be afraid to sit in the silence. That’s where the magic happens.

And then, in typical Peter Rowe style, he cracks us all up by adding:

More people with the gift of full verbal ability need to zip it!

He uses his board with a speed that the fastest of typists would envy, Tracey faithfully reading each word as he taps it out. Are they really his words? Critics of FC claim that the information that the assistants relay could easily be misconstrued – or worse – made up entirely. The potential ramifications of this has resulted in FC being dropped by Disability Services, despite it creating the opportunity for so many to have their voice heard for the first time. Due to this history, I imagine, Peter and Tracey are keen to show me how they work. How Peter lifts his hand from the keys and pushes the board away the moment Tracey deviates slightly from the words that Peter intends to say. How Peter can move seamlessly from being assisted by Tracey on his left to his mum, Betty, on his right.

FC saved my life. If I didn’t have a way to share my voice, I would not have wanted to live. I am now living a life that is so full of love and laughter and so coloured by the amazing people in my world.

Once I had FC I never looked back. I then went on to start art therapy for coping and to work through the trauma I had experienced.

FC opened my world. I was then able to get out all the stories and poems in my head and draw and paint everything in my imagination.

Tracey retells later how Peter began painting in blacks and greys “to get his dark thoughts out” and as he processed his trauma his colours brightened. Art has been his therapy and is now also one of his great loves.

It’s not his only creative outlet, however. Peter has also written, illustrated, and self-published eight children’s books and is currently working on his memoir. His books are brightly illustrated, vibrant and the stories endearingly told.

Peter says: “My books are very important to me because they are a part of me. Josh the Robot is me. He wants to teach adults and children alike to embrace and accept differences and promote diversity and acceptance in our communities. It’s not just about disabilities, it’s about helping others to find their voice and shout them from the rooftops: “I love who I am. I have something to say. Will you hear me?’”

Peter is also a musician, a performer and a public speaker. It seems that after spending so many years with his voice locked away, now he wants to make sure it’s heard.

“I am looking forward to doing presentations that are agents of change. I want to share my story and train these guys up and spread the word to the organisations that work in a box: a little brown boring box, where they don’t see that differences need to be embraced and that not everyone works the same way. For goodness sakes, it’s common sense, isn’t it?

Peter nods and then continues: “It’s not just about disabilities. It’s about advocating for everyone to find their voice.

People talk about basic human needs. Finding your voice and having it heard. It saved me.

Tracey and Peter have a very special bond. Tracey explains the responsibility of making sure she is speaking his words accurately, how she needs a clear head to do her job properly and that it’s a very humbling experience. She is more than just Peter’s FC assistant though, and it is very clear that she wants to make sure that the world will get to hear and see who Peter is and what he has to share. They have embraced social media; art galleries are exhibiting Peter’s work and books shops are holding signings. People are starting to hear about Peter Rowe.

I ask Peter: “Are you a movement for social change?”

“The Peter Rowe Show. Do whatever it takes to find your voice is the message.” Tracey says.

“It will unsettle some people,” she adds, with a smile.

Irrepressible, talented and charming, Peter Rowe is a smart thinker: a dynamo with a social conscience. Peter is breaking down barriers, changing perceptions and wowing the world one tap, word, brush stroke at a time. This is a man on a mission. A man to watch. The kind of person who makes change happen.

While it is impossible not to be charmed by Peter, and to enjoy our time together, the most important take away of the day, for me, is the essential truth behind the concept of ‘Presume Competence’. We hear it so often, it is a part of the rhetoric of the majority of therapists and teachers I speak to, and yet, I wonder whether the importance of that message is lost a little with the day to day care of our non-verbal kids. We want to hear them speak, desperately, but do we truly know that their voices are more than just a list of choices or an ability to tell us where they hurt? How many people are silenced, not just due to their disability but also because no one believes they have anything to say?

“Life is full of surprises. Once you get your head around what kind of surprise you are, you get to shine,” Peter says.

“Shine, shimmer and shake!” he adds as he shakes his shoulders with a bit of a razzle and laughs. 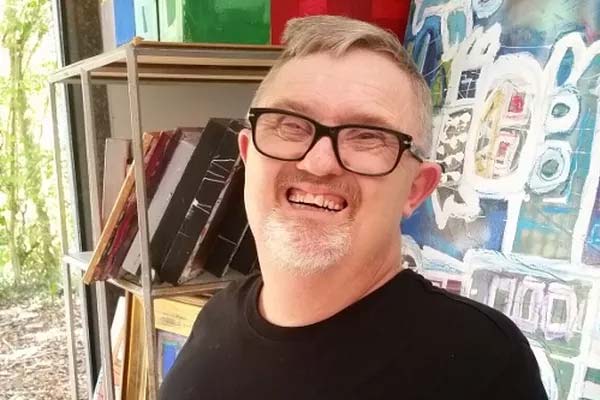 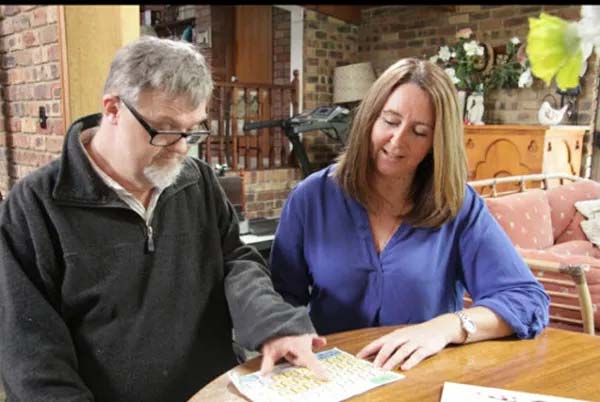 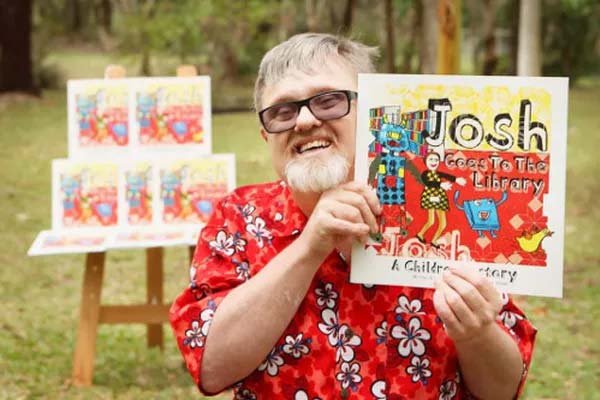